Sky scraping towers sprout in downtown’s grid like a 3-D who’s who in energy, technology and innovation. Streetside, the city is softer and more in touch with nature.  Bustling restaurants, patios, bakery cafes and coffee shops attest to the city’s livability. People here are active. And, with over 8000 hectares of green space they can play and eat as hard as they work year round.

Each season in Calgary brings its own burst of activities that fuel appetites for local fare. Alberta’s seven signature foods – beef, bison, canola, honey, Red Fife wheat, root vegetables and saskatoon berries – all thrive on farms and ranches within an hour of town. From spring shoots to winter roots these are the basis of the foods enjoyed with the seasons.

In spring, cycling along the Bow and Elbow Rivers, the fragrance of honeysuckle, caragana and wolf willow melds with wild roses. Spring’s bright greens are offset with these flowery hues of gold, grey and pink. In all quadrants of the city, parks abound. When spring flings itself on Calgary, locals of all cultures are keen to picnic.

A ride through any park is a tantalizing tour of the food diversity of the city’s population – Pakistani tandoor, Korean Beef Bulgogi, Ukrainian Kielbasa or Japanese sushi are easily found. Calgarians of all backgrounds make the most of the city’s picnic sites and the 1000 kilometers of cycling paths connecting them.

Though restaurants like River Cafe in Prince’s Island Park and Bow Valley Ranche in Fish Creek Provincial Park are fine dining bastions, they also cater to people’s love of the outdoors with al fresco picnic baskets to go. Seasons of Bowness Park offers casual food for those that have worked up an appetite paddling on its canals and wandering through its old growth spruce forests. As summer temperatures rise, people immerse in river life. 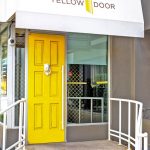 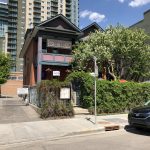 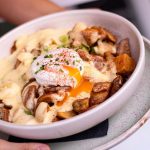 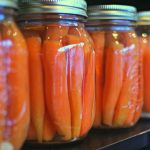 With some of the best barley in the world growing just outside the city, Calgary’s craft beer scene is booming.  Take a tour, discover unique brews, or find your favourite style by exploring the best breweries in Calgary.  Explore YYC Beer…

Much like craft brewing, the craft distilling industry is rapidly expanding across Alberta.  Check out award-winners like Bridgeland,
Burwood, and Confluence, or take a trip to Eau Claire Distillery in nearby Turner Valley.  More…

Calgary is home to a large number of local farmers’ markets – from indoor, year-round markets, to outdoor seasonals, there’s always a great area market no matter the time of year!  Find a market near you…

Let your appetite lead the way!  Alberta Food Tours helps you to explore Calgary’s neighbourhood eats, and to meet the farmers and chefs behind the food.
See more… 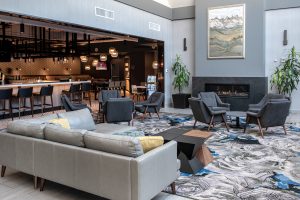 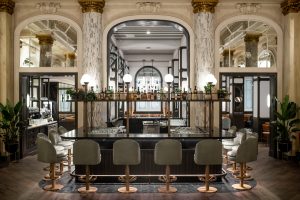 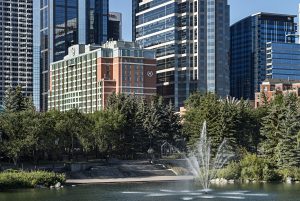 ABOUT THE CITY OF CALGARY 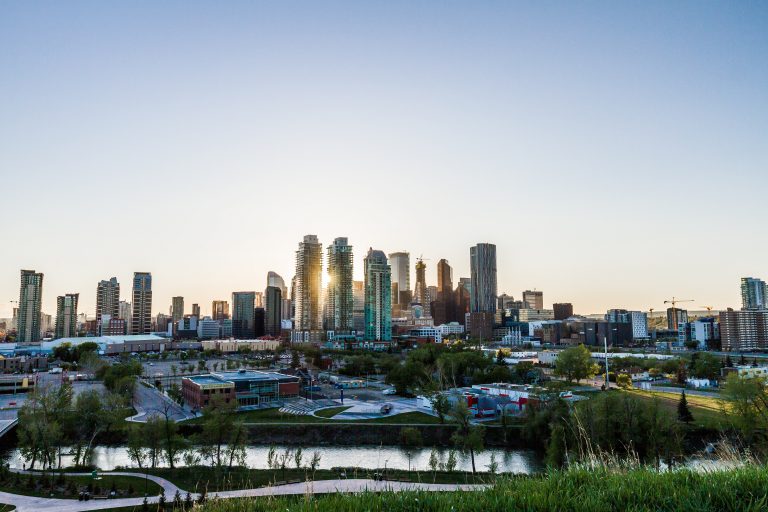 Calgary’s got small-town heart and big-city diversions. Between street festivals, nightlife and all the things to do outside, the work-hard, play-hard approach is in this city’s veins. Need proof? Every July, the Calgary Stampede transforms the city into a Wild West-inspired playground. It’s 10 days of infinite free pancakes.

Our municipal history starts in the late 1800s with the construction of Fort Calgary.  Located at the confluence of the Bow and Elbow rivers, Calgary has been:

Calgary is a place where people come to collaborate, to cooperate and to build together towards a better life.

Calgarians are, on average:

Calgary is one of the most liveable cities on the planet. We have an excellent quality of life, low taxes and terrific access to nature on our back doorstep.