Slowing down is always a good idea. Especially if it involves slowing down to take a journey into all that’s local in Red Deer. There’s a lot to see, do and eat here. Geographically, this city is particularly blessed.  A river runs through it. Soft rolling hills surround it. The cool little towns of Olds and Innisfail and Lacombe and Stettler sit south and north. Sylvan Lake puts a beach within reach. Parkland forests dot the land and Prairie croplands roll flat out to the east.

Given that bison are Alberta’s indigenous species, nothing could be more grassroots than bison ranches like HGB Bison near Olds and YR Ranch just a few minutes east of town. And nowhere could collaboration and grassroots be clearer than the new Gasoline Alley Farmers’ Market. 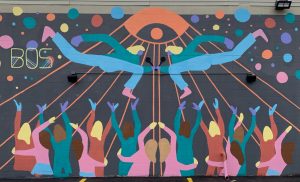 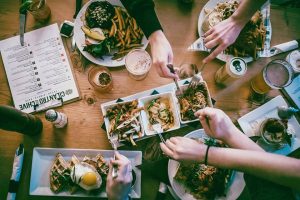 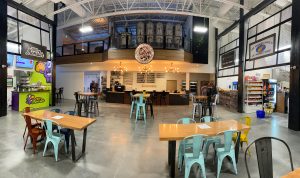 Roxanne Martin of Red Deer Eats blog has made a career out of helping people find the best food in Red Deer and Central Alberta. It’s fun to follow her on Instagram to keep up with the emerging food scene. Whether is a new summer salad at Bo’s Bar and Stage, pizza at Anthony’s Italian Kitchen, a triple scoop at Ross Street Ice Cream, Birria Tacos at Pupuseria Cristy (yes, Red Deer has a pupuseria!) or the award-winning smoke house specialties at Mohave Smokehouse and Bar, she’s on top of it. Need a coffee fix? Dose Coffee is the local’s fave. You’ll also find her checking out hotspots on Sylvan Lake’s Lakeshore Drive like Sweet Home on the Lake, Son of a Beach and Fireside Restaurant and Lounge. And for fine dining she recommends The Westlake Grill at Heritage Ranch.

In Alberta, any farm (or ranch) that’s been in the same family for over 100 years is a Century Farm. There are dozens in and around Red Deer. The Jungle Farm, Edgar Farms, and Eagle Creek are all examples of Century Farm families that have not only survived here but continue to thrive and find ways for the next generation to do so as well.

From May long weekend to Thanksgiving, the Red Deer Public Farmers’ Market takes place every Saturday morning to satisfy all your local food cravings.  Year-round, you can find fantastic local goods at the Gasoline Alley Farmers’ Market, or the Big Bend Market South.

Red Deer has a great selection of craft breweries, distilleries, wineries scattered throughout the city and surrounding area.  Check out city breweries like Troubled Monk, Sawback, Red Hart, and Belly Hop in town, or take a short trip to the nearby Our Roots Delidais Estate Winery & Distillery or Red Shed Malting.

Take a look around Red Deer, and you’ll see a vibrant arts and culture community catering to all ages. Explore the culture of the city with a stroll along the pedestrian-friendly downtown streets, browse through one of the many art galleries, view one of the largest public collections of life-sized bronze sculptures, and take in a world-class musical performance. It’s all here.  Explore…

ABOUT THE CITY OF RED DEER 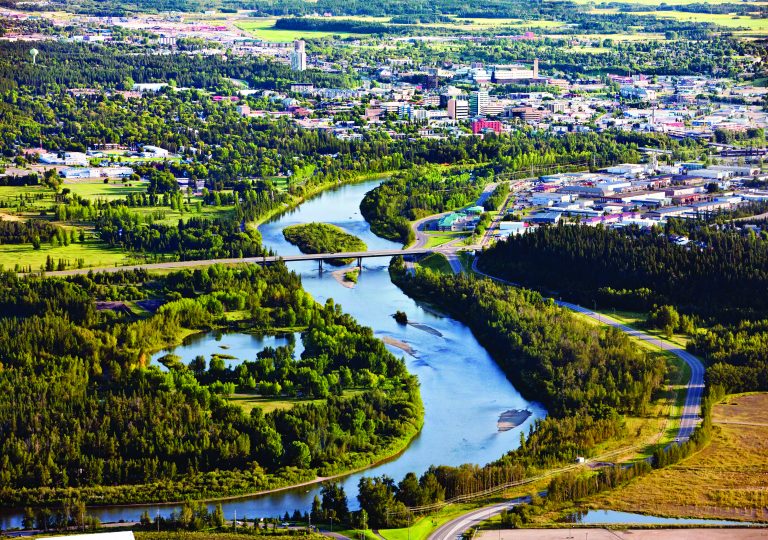 The name Red Deer was really a misunderstanding, but it kind of stuck. The city was named for the river that flows through it. Cree people called the river that passes through the present day city “Waskasoo Seepee,” which translates to “Elk River.” Unfortunately, the first Europeans in this area were traders and not naturalists. The British traders thought the local elk were European red deer and translated the Cree name as “Red Deer River” instead of “Elk River” and that is why Alberta’s third largest city is called Red Deer.

Whatever you call it, this part of Canada is special. It was here in Red Deer in 1924 that Alberta’s first federal migratory bird sanctuary was established on 118 hectares of protected land within the city limits. Today the region is still committed to preserving green spaces, nature and wildlife. Step out your door and onto a nature trail. There are more than 100 km of trails inside the city limits and almost 3,000 km in the surrounding region.

With one of the youngest populations in the nation, this region is dynamic and filled with many exciting events and attractions. You can test your mettle in Canada’s largest mud obstacle race, ski at the largest non-mountain downhill ski resort in Alberta and enjoy a romantic carriage ride on a 207-acre ranch right inside the city.

A country drive leads to a discovery of agri-tourism attractions in the countryside and events and attractions in area communities. You can explore unique cultural sites, pick your own fruits and veggies, relax on the beach at Sylvan Lake, cowboy up at the Innisfail Pro Rodeo, wander through a corn maze or get up close to a real grizzly bear at Innisfail’s Discovery Wildlife Park.

Along the way, we hope you get to meet some of the friendly people who call this part of Canada home.

Halfway between Alberta’s two largest cities, people come to the Red Deer region for work, for recreation and for many other reasons. Whatever brings you, we want you to know we’re glad you’re here.