It’s no surprise that with the amazing barley that is grown here in Alberta, that we also produce some of the best beer in Canada (and the world!).  Since the change in AGLC brewing policies back in 2013, craft breweries have been popping up in every corner of the province, thanks to the removal of the minimum production capacity.  That shift sparked a significant period of growth for the province’s craft beer industry, going from about a dozen in 2013, to the over 120 that now dot the province.

Our brewers are constantly pushing the limits of creativity while maintaining the highest quality brewing standards.  These attributes have Alberta breweries becoming recognized nationally (and internationally) for their achievements, including 32 medals at the 2021 Canadian Brewing Awards from 21 different Alberta breweries.  Calgary’s The Establishment Brewing Company was also named Brewery of the Year (calculated based its 4 wins – 2 gold, 1 silver, and 1 bronze).

This year’s Alberta Beer Week is the perfect time to celebrate and enjoy local craft.  From October 15 to 23, let’s show our love for all the amazing brewers and breweries across the province. While celebrations are still scaled back due to the COVID restrictions, you can still celebrate and show your love for this industry throughout the week. 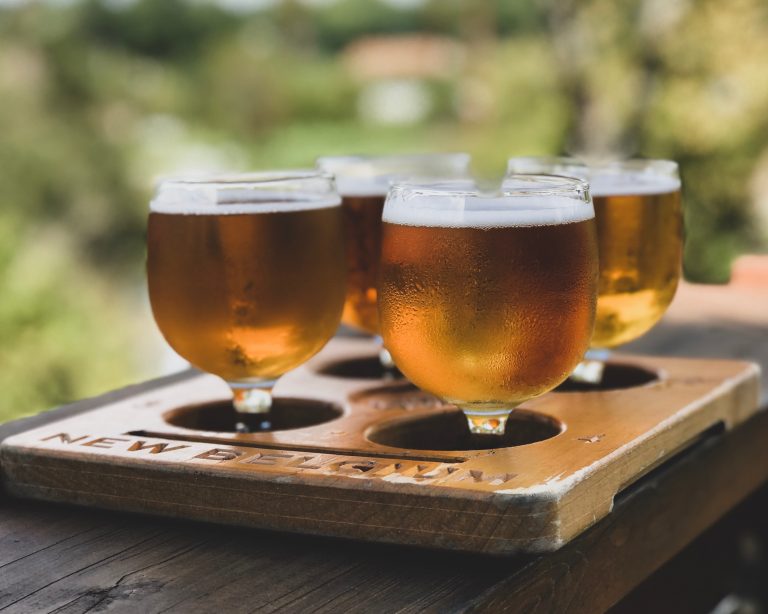 Unity Brew
Each year, Alberta brewers gather to produce a limited-edition beer for Alberta Beer Week, sharing knowledge, equipment and anything else that helps to forge a strong brewing community.  Since 2018, the profits from sales help to fund the Alberta Small Brewers Association, which advocates for and supports over 70 craft breweries across the province.  This year’s Unity Brew is a Session IPA – “For where the road takes you.”

Here’s a few ways that you can celebrate and show your support for our amazing craft breweries:

Let’s all raise a pint to support this incredible industry!