Situated to the east, south and north of Calgary, the Wild Rose Agritourism Community crosses several county lines and is one of 27 regions in Alberta established to sustain rural places and ways of life. Here, on the wide-open Prairie, you feel as expansive as the universe.

Natural treasures abound but they’re perhaps a bit more subtle than those famous peaks that attract people west. These are treasures that only appear for those who take the time and care to look. They’re here for people who live closely with the land. These gems are revealed through the seasons.

Fuzzy amethyst clusters of Prairie Crocus herald spring. Called wind flowers, they pop to life pel mel while the grasslands around them still lay brown and waiting their turn at life. Summer brings warm winds blowing waves across an ocean of croplands in greens and gold. Fields of canola, alfalfa, barley, oats, and wheat look like a patchwork quilt for the earth from above. Fall is harvest season with brightly coloured combines stirring up dusty sunsets that set the plains aglow. Winter blizzards alternate with days of brilliant blue skies, a sharp contrast to the stark white snow cover.

The people of this region are the first to feel the sun’s rays on their faces. Their eyes meet its light and welcome its warmth as its beams stretch across the unbridled eastern horizon. The farmers, ranchers and food producers here are alchemists partnering with nature to feed our province and our nation with the bounty they produce. All of Alberta’s Seven Signature foods – beef, bison, canola, honey, Red Fife wheat, root vegetables and saskatoon berries – grow here.

Wendy Gerbrandt, Community Development Lead for the area says, “The people are resilient, passionate, knowledgeable, authentic, engaging, and real risk takers!” They make a distinct contribution to Alberta’s food story. And food is the key that opens the door to exploring what ties the present to the past and people to place. The First People are especially tied to this place and its Indigenous food.

The SikSika First Nation thrived here for over 10,000 years before European settlers arrived. They lived in harmony with nature, roaming and treading softly on the land for their sustenance. Settlers meant land conflicts.

Whisky traders and buffalo hunters threatened not only their livelihood but their lives. Treaty 7 established some preservation of land for them and today, Blackfoot Crossing Historical Park on the eastern edge of the Wild Rose district is a world renowned cultural, education and entertainment centre. It’s important historically too.

Chief Crowfoot, the Indigenous diplomat responsible for negotiating for Southern Alberta First Nations in Treaty 7 is buried here. A cairn to commemorate his life sits high on a hill overlooking the Bow River. It faces the setting sun. Sit here a spell and you may feel the calming presence of this peacemaker’s soul. Sit a bit longer, staring at the silver strand that is the Bow winding its way through the land and you won’t want to leave. You don’t have to. You can book an overnight stay at Chief Crowfoot’s Tipi Village.

Lying on a cozy cot, with embers glowing from the tipi’s campfire, you can catch glimpses of The Milky Way through the top poles while coyotes yip a lonesome lullaby in the distance. A breakfast of bannock or fry bread in the Blackfoot Crossing restaurant and you’ll be ready to explore the culture further. There are programs about the flora and fauna or demonstrations of crafts, survival skills, tanning hides or maybe even meat smoking.  The programs educate while also helping preserve the knowledge, language and culture of the Siksika.

One teaching is that the First Nations people believed they were born of this land and the bison (buffalo) was their twin spirit. They only hunted for survival and cleverly used the topography of the land in their efforts. About an hour or so North of Blackfoot Crossing, you’ll come to another boundary of the Wild Rose Agritourism Community at  Horseshoe Canyon.

Horseshoe Canyon could have easily been used as a buffalo jump. The jumps worked like this. The First People created long runways with rocks and smudge fires to drive herds of buffalo over cliffs. They set up camps to process the meat so they could overwinter on dried jerky, pemmican (bison meat, fat and ground saskatoon berries – another indigenous food vital to their survival). They used every part of the bison. It gave them food, clothing, tools and shelter.

Today, Horseshoe Canyon is a hiker’s and photographer’s dream. Just 17 kilometers south of Drumheller on Highway 9, this u-shaped canyon has two arms that run about five kilometers each. Standing on the edge, the layers of rock reveal 70 million years of history – back to the Cretaceous period and the time when dinosaurs roamed here in a subtropical habitat.

Sunrise over the vast coulee canyon and hoodoos reveals burgundy, beige and peachy layers of wind worn rock.  Sagebrush pops like polka dots. The ever-changing Prairie sky brings hues that become a meditation on light itself. A little further along the views of the Red Deer River from Orkney Viewpoint show a softer and more fertile terrain. You can spend a day hiking or touring The Badlands and then bed down just a few kilometers away in the hamlet of Rosebud.

Leaving the flat top Prairie to enter the Rosebud River Valley in early summer, you might be greeted by fields of bright pink wild roses like the settlers that gave the town its name. And now, talent blooms along with the flowers.

Rosebud Theatre is famous for its productions and school of arts. And, like any theatre district, the food has always been a big part of the draw to the area. Patrons usually enjoy a robust buffet of Alberta Prime Rib roast, vegetables, salads and popovers dripping with silky smooth gravy.

Range Roads and Back Roads

Touring back roads from here, you may pass Hutterite Colonies set back from the highways with their plain but tidy dwellings. There are over 600 colonies in Alberta and many are open for business, selling eggs, chickens and or vegetables in summer. The etiquette is respecting signs at entrances stating if a colony is open for visits or not.

Once you hit Three Hills, fans of glamping and medieval re-enactment will be thrilled to find the lavish Good Knights Encampment. Tucked away behind a hobbit-like grassy knoll, it’s a delight to find lavishly furnished tents, period costumes and games of archery, catapult and squire school. Along with feasting on local food, the activities of this destination earn five star reviews from all who visit.

Easing back into reality, Three Hills is also home to the Farm Basket. Here the proprietors, Mike and Annette Bauer are butchers who source meat, vegetables, preserves and baking from the area’s small producers. It’s a great place to stock up and continue road tripping through the region.

Heading back south, you’ll notice cattle grazing in pastures while silos, barns and equipment are clustered close to farmhouses.  Hedgerow shelterbelts protect homes and farmyards. The pattern repeats as you dip up and down through the coulees and dells east of Airdrie. Your Local Ranch is open for tours and you can shop their stores in Airdrie and Didsbury for beef raised by a family with over 100 years experience and great respect for their land and animals.

Near Irricana you’ll pass Bear and the Flower Farm where the Fasoli family left city life to grow pasture-raised pork and now cater to South Alberta’s finest restaurants. On a secluded 320 acre spread you might be lucky enough to see a herd of elk and bison belonging to Uncle Bernie’s All Natural Meats ranch. The Pagenkopf family has ranched here since 1987 and also grows grass-finished cattle, pastured poultry. Since 2010, they are also honey producers.

Circling back to the North to Strathmore, you’ll drive by a pioneer in organic vegetable farming at Poplar Bluff Organics. Since 1985, Rosemary Wotske and partner Cam Beard have lived by the philosophy that, “Nutritious Organic Food Doesn’t Cost the Earth.” Well respected and hard-working, they have future plans to add a Potato Vodka Distillery, Steakhouse and Campground to their offerings.

Vodka and other distillations would compliment the fruit wines their neighbours just a little farther north at Fieldstone Fruit Wines have to offer. As Strathmore is one of the sunniest places in Canada, since 2005, Elaine and Marvin Gill’s 50 acres of saskatoon berries, strawberries, raspberries, chokecherries, and rhubarb have flourished. And, they’ve turned them into award-winning wines with the help of their expert winemaker.

If you’re still thirsty for more Alberta beverages, in Strathmore, Origin Malting and Brewing has the distinction of being Alberta’s only brewery to both grow and malt their own barley for the beer they produce. After satisfying your thirst, the options to dine on as much local as possible include Back to Good Whole Food Market and Deli, PJ’s Diner and Four Sisters Kitchen + Table.

Spending time touring the Wild Rose Agritourism Community, taking in the depth and breadth of the land, one can see how such diversity in food can come from this land. The ingenuity of the people here is creating the ways and means for the next generation to succeed. “Wild Rose is about the people,” says Wendy Gerbrandt. “We are so close to Calgary and yet, the people here can get back to Alberta’s farming roots and live closer to the land.” 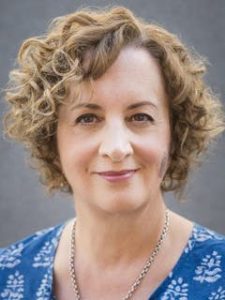