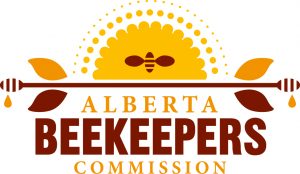 Alberta’s honey bees are nature’s super-pollinators, collecting nectar from our abundant crops and native plants to produce honey that’s expertly and sustainably harvested by our beekeepers.

It’s a natural business, and a growing one. Alberta’s commercial honey producers manage 25 billion bees, representing over 300,000 colonies, to produce more than 25 million pounds of pure honey each year. In fact, Alberta is the #1 honey producer in Canada.

Alberta Beekeepers Commission supports our 172 producers, works with industry to innovate and grow, and funds research to keep our bees healthy and our industry sustainable.

Honey bees pollinate about a third of Canadian food crops and also contribute substantially to Canada’s agricultural sector as producers of honey and other hive products (beeswax, bee pollen, propolis and royal jelly) for Canadian and international consumers.

Honey bees not only make honey, a natural and healthy sweetener; they are also essential for the production of many fruits, nuts and vegetables.  Without honey bee pollination, we would live in a world with very few blueberries, apples, raspberries, cranberries, tomatoes, peppers, kiwis, pumpkins, squashes, strawberries, almonds and blackberries.

Source: Government of Canada, Statistical Overview of the Canadian Honey and Bee Industry, 2018.

Beekeeping is an important agricultural industry in Canada, producing honey and other hive products, and delivering valuable pollination services to other farmers and to non-agricultural plants.

The majority of honey bee colonies are in the Prairies, where long summer days and a favourable crop mix are ideal for foraging; Alberta, Saskatchewan and Manitoba collectively accounted for 68% of the country’s total bee colonies and for 82% of the total honey production. Alberta contributed the most to Canada’s overall honey production (40%), followed by Saskatchewan (22%) and Manitoba (20%).

Canada imported $37 million worth of honey in 2018, down 10% from 2017, which was the highest total value of imports in the previous five years. Honey from New Zealand topped the list of imported honey by value with a total import value of $12.8 million. Brazil and Thailand were the second and third largest sources of Canadian imports, valued at $4.2 million and $4.0 million, respectively. Most imports from New Zealand are valuable Manuka honey, while Brazil produces large volumes of certified organic honey, which attracts a price premium.