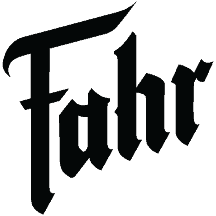 Jochen Fahr is the owner and head brewer at Brauerei Fahr, an award-winning micro-brewery in Turner Valley, Alberta.

AOTP: How did you get into brewing?
JF:  I was born and raised in Ebringen, Germany. My passion for brewing began early in childhood when my father worked at the Fürstenberg Brewery in nearby Donaueschingen. Later in life and halfway around the globe, my passion for brewing and appreciation for local farming reconverged in Calgary when I started Brauerei Fahr. My goal was to provide the Canadian consumer with authentic German Beer made from recipes Fahr away.

I landed in Calgary in 2008 to complete my Bachelor of Engineering in Biotechnology. My undergraduate degree focused on industrial biotechnology using microorganisms such as yeast and bacteria for industrial processes such as ethanol production. Shortly after graduation, I started my Masters of Science in Medical Sciences, but fast-tracked into a Biomedical Engineering PhD degree.

Academics aside, I worked in medical and industrial fields for years, but fermented my passion for beer by brewing at home. Putting my engineering skills to work, I created an automated brewing system. Using this system, I have won several medals in homebrewing competitions! Having rounded out my professional experience in business, science, and engineering, I took the leap in 2015 to make Brauerei Fahr Inc. a full-time endeavour. With a knack for entrepreneurship, a passion for great tasting beer, a few award-winning home recipes, and a VERY understanding wife, Fahr Beer is now an established micro brewery in Turner Valley, AB.

AOTP: What types of beer do you brew?
JF: It all started with a Bavarian-style Hefeweizen, which was named the best Hefeweizen in Canada at the 2019 World Beer Awards!  We also brew a Black Forest style Pilsner (awarded silver for Canadian pilsners at 2019 World Beer Awards), a Copper ale, a Munich dark lager, as well as seasonals like a Limonade Radler and Hoppy Hefe, and even alcohol-free beer!

AOTP: Can restaurants order your products?
JF: Yes they can, through Connect!

AOTP: How can people purchase your products?
JF: We are in many local liquor stores and restaurants throughout Alberta, and then of course at the brewery!